5 Exciting New Autumn Dramas to get Cosy with

5 Exciting New Autumn Dramas to get Cosy with 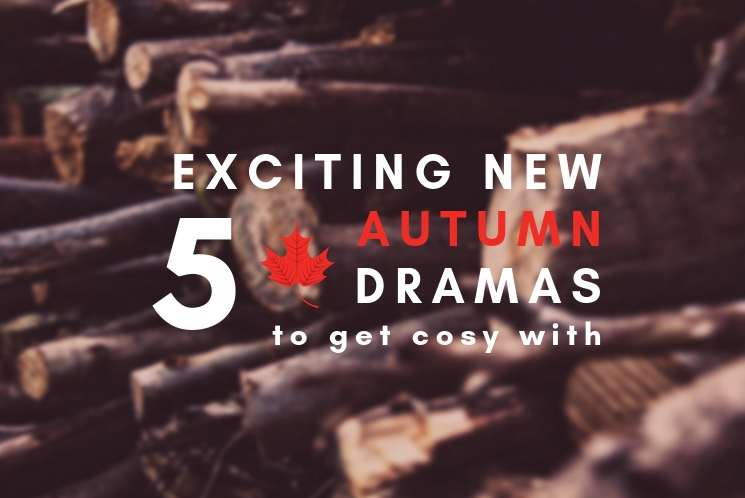 The nights are getting longer, which can mean only one thing – it’s time to draw the curtains, get cosy and tuck into the exciting new autumn dramas hitting our screens.

From BBC1’s stylish, slick and hugely popular Killing Eve, to Netflix’s off the wall star-studded drama Manic, here we look at the five new autumn dramas that are well worth staying in for.

Black Earth Rising is created by Hugo Blick, who also brought us brilliant thrillers, The Shadow Line and The Honourable Woman.

This politically charged drama follows Kate Ashby who was rescued as a child from the aftermath of the Rwandan genocide and brought to the UK. The dark shadow of her past, however, proves impossible to escape.

Full of twists turns and an enormous cast, this is a serious drama that doesn’t shy away from big issues. One to watch with your full attention.

Catch up on Black Earth Rising on iPlayer.

The eight-part drama is currently airing weekly, but the great news is that it’s all available to watch as a box set on BBC iPlayer – trust us, you’re going to want to binge on this one.

Based on the novel Codename Villanelle by Luke Jennings, Sandra Oh plays Eve Polastri, an MI5 agent who becomes obsessed with tracking down a psychopathic female assassin, Villanelle (Jodie Comer.)

High fashion, dramatic international backdrops and brilliant acting – this is one autumn drama that you certainly don’t want to miss.

Currently airing on BBC1 every Saturday night, or binge the full season on iPlayer.

Hotly anticipated big-budget drama from the creator of Mad Men comes The Romanoffs.

Each episode focuses on certain present-day characters who claim to be descendants of the Russian family – the last to rule Russia, until 1917 when the Bolsheviks seized power and the entire family met a terrible end.

Conspiracy theories have long existed, claiming that a daughter survived the execution although this has since been proved false.

In the meantime, however, there were many imposters who claimed to be her – most famously, a woman called Anna Anderson, whose DNA, collected upon her death, was found to bear no relation to skeletons believed to belong to the family.

The Romanoffs is shown weekly on Amazon Prime. Catch up with the first two episodes, which have already aired, and then watch episode three from 19 October.

Another binge-worthy Autumn drama, Manic stars Hollywood favourites Emma Stone and Jonah Hill plus a host of other big names.

It follows two strangers who are drawn to a mysterious pharmaceutical trial that will, they believe, solve all of their problems, for good.

With stunning set design, wonderful acting and an interesting plotline that crosses time and space, this is a zany love story set in a fictional world that’s well worth a watch.

It wouldn’t be Autumn without a brand-new period drama hitting our screens and this one features some of the UK’s brightest stars.

Olivia Cooke, Michael Palin, Martin Clunes and Suranne Jones are among the cast in this adaption of the famous William Makepeace Thackeray’s novel, Vanity Fair.

Created by ITV and Amazon, the drama has finished airing every week, ending to critical with  the Guardian hailing the adaptation as, ‘lavish, lively, intelligent and funny, never moving at less than a full gallop.’

The plot follows the lives of main characters Becky Sharp and Emmy Sedley as they navigate their friends and family during and after the Napoleonic Wars.

The series has finished airing but don’t worry you can catch up on ITV Player.

There’s a great mix of TV Shows for you to dig in to during the season of hygge. With politics, family affairs, assassinations and psychological adventures into the unknown, there’s something for everyone. After a long, chilly day it’s the perfect excuse to indulge in a little escapism.

Felicity grew up on the Isle of Skye, moved to the bright lights of Glasgow to complete a history degree and never left. A keen writer since she was small, Felicity started out as a crime reporter before entering into the less dramatic world of marketing. In her spare time, she still puts pen to paper (or finger to laptop) and has a lifestyle blog and freelance copywrites for brands that she loves. An enthusiastic member of the Cash Lady writing team, Felicity is passionate about saving money and getting her finances in order by living more simply. At the weekends she can be found climbing Scotland’s hills, cuddling her cats and watching lots of crime dramas.
More by Felicity Anderson

CashLady is rated 4.5 stars by Reviews.co.uk and Smart Money People based on 2256 merchant reviews

7 Inspiring Back to School Quotes for Motivational First Days

9 Worst Boxing Day Films to Get Cheesy With

11 Ghoulish Halloween Traditions from around the World